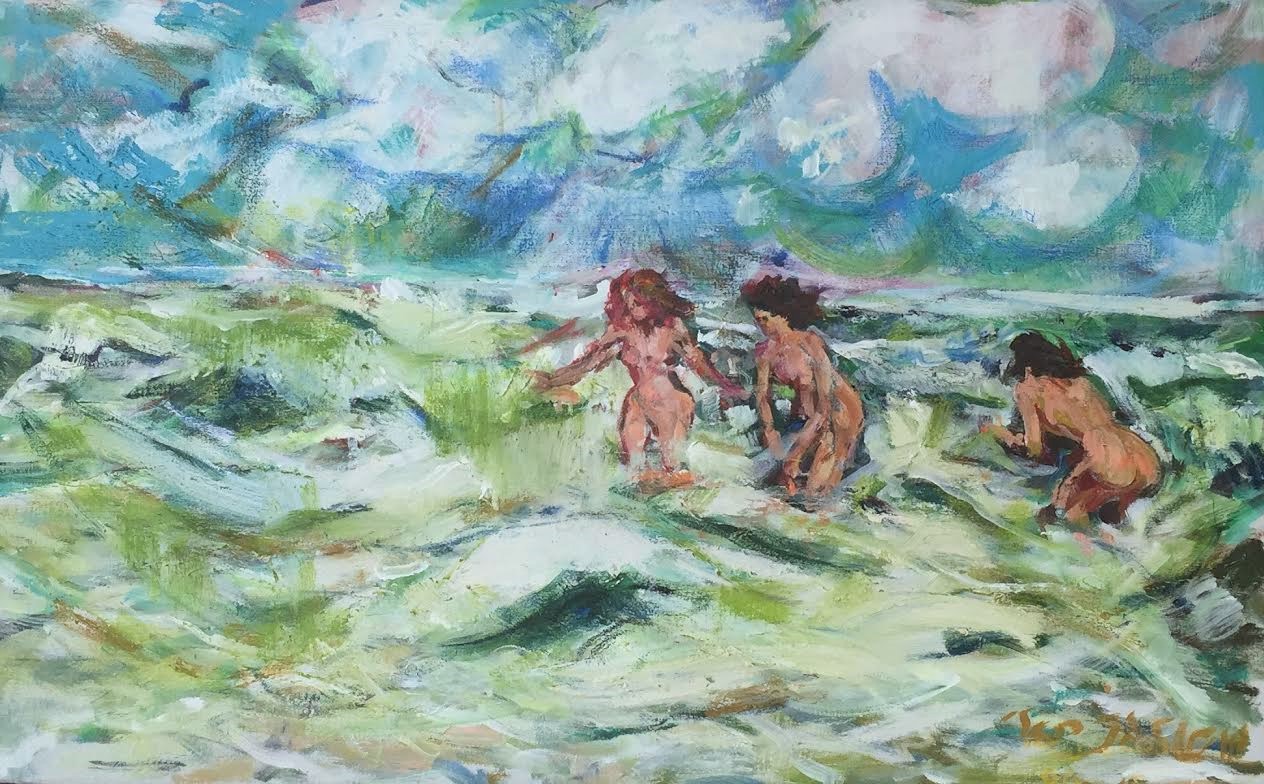 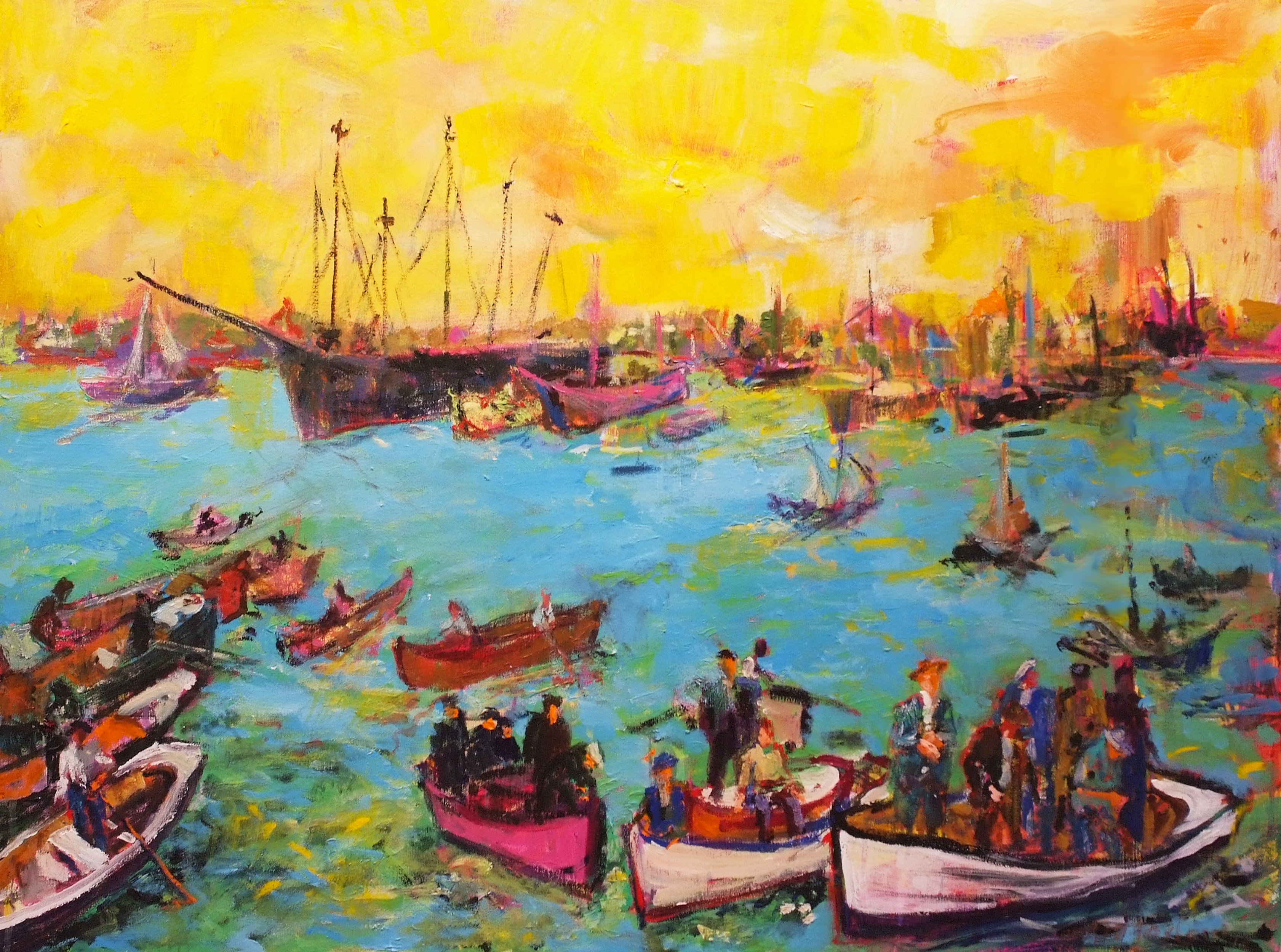 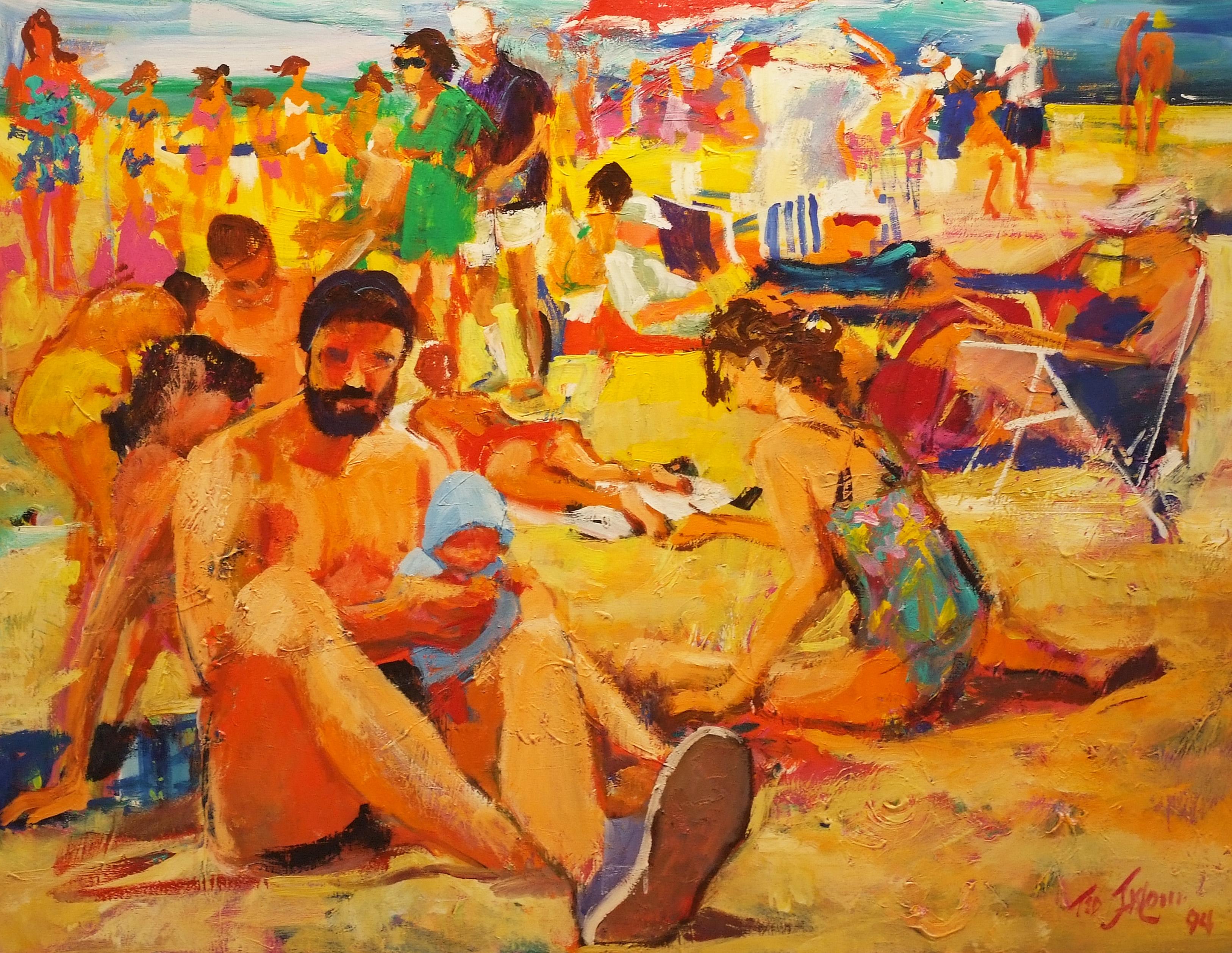 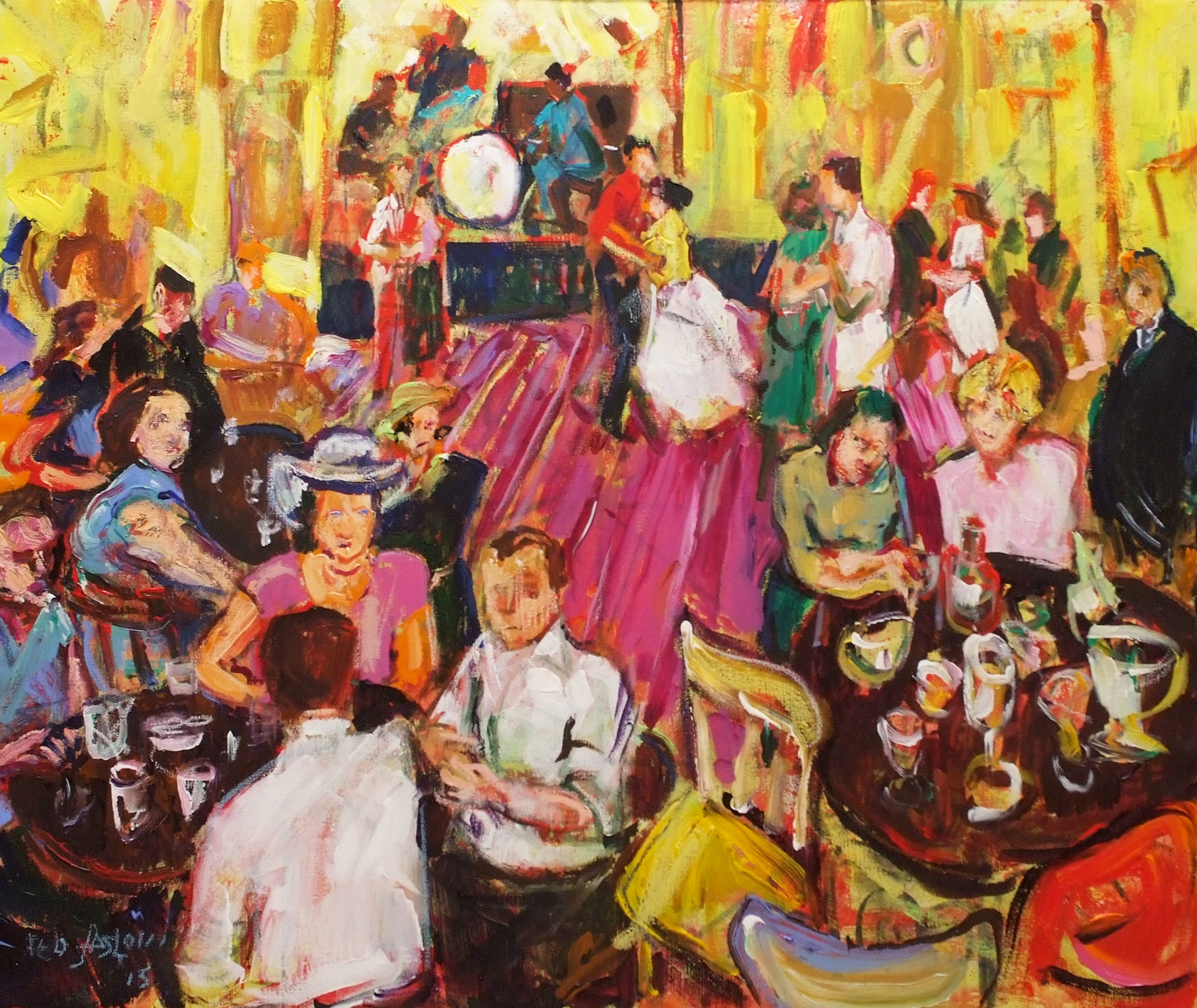 Ted Jaslow was born in Brooklyn, New York, the grandson of a Russian woodcarver. He was initially interested in sculpture, and learned how to draw while traveling the New York City subway to the High School of Music & Art by drawing the other passengers. He believes, along with Ingres, that “drawing is the conscience of art.” Having started his studies in sculpture, it was only later that he turned his attention to two-dimensional art, and he now spends all his time with painting and graphics. He has been described as a humanist, people being the major subject matter of his paintings, which are currently executed in acrylics on canvas.